Shipping - The shipping couriers we utilize are currently experiencing significant delays, so we advise to ship orders for an early arrival. Please contact our Client Services with any questions! 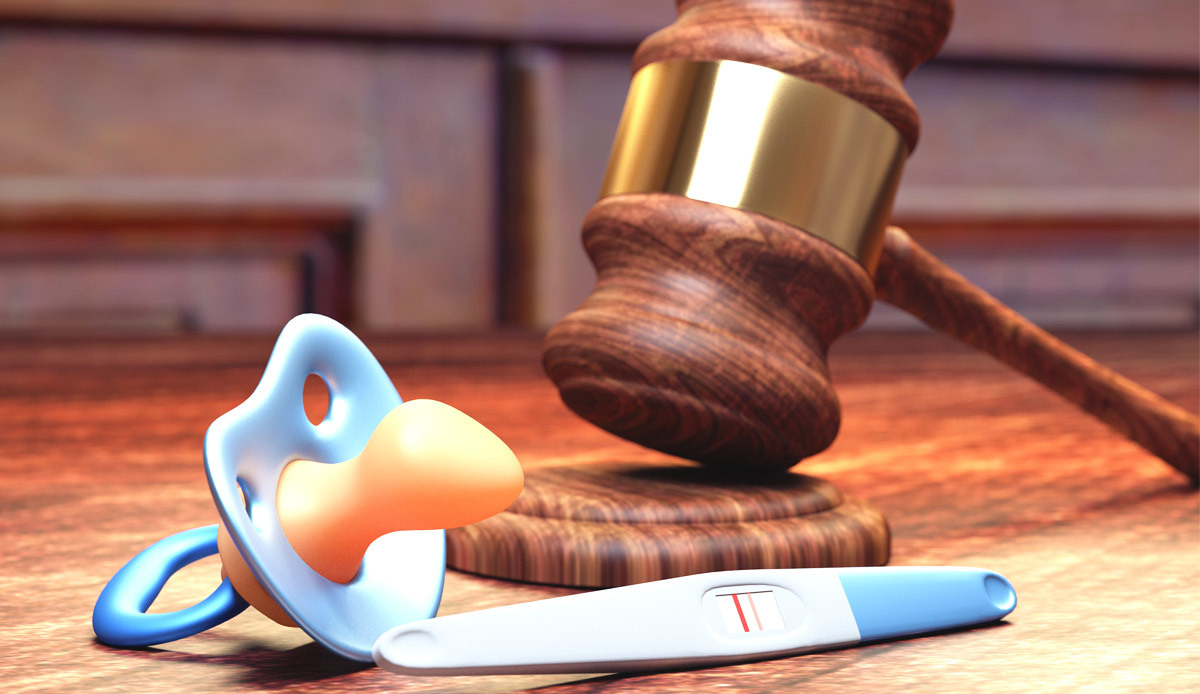 There’s a lot to think about when considering using donor sperm and we often get legal questions from curious parents-to-be.  We decided to call on an expert to help address some of our most frequently asked questions. Chrissy Hanisco is an attorney who focuses on third party assisted reproductive law and adoption.

Why did you decide to get involved with Third Party ART law?

While trying to have children I was diagnosed with endometriosis and then several months later with premature ovarian failure. It was a difficult time, but I also met several wonderful people in the field of infertility and Third Party Assisted Reproduction. It was my boyfriend who first suggested the career switch. At the time, I was hyper-focused on having children, but the seed (no pun intended!) was planted. Having made it through that dark time, I really enjoy helping others do the same.

If someone is considering using donor sperm to start a family, what from a legal perspective should they keep in mind?

In my opinion, it is very important to understand laws widely vary from state to state. Some are very antiquated, and others are modern and progressive. Consulting with an attorney who understands donor conception laws where you live and intend to raise your family is a wise first step. The attorney can provide you with a road map of best practices to ensure that your parental rights are secure. The advice may also guide how you select a sperm donor (such as known vs. anonymous/open identification) and how you get pregnant (such as at home insemination vs. under medical supervision).

Legally, are there differences between using a Known Sperm Donor vs. Anonymous/Open ID Sperm Donor from a licensed cryobank, such as Seattle Sperm Bank?

Yes, with a known sperm donor, it will be more important to take additional steps to ensure the person is legally a donor and not a potential parent. The recipients should retain an attorney to draft a written contract between them and the donor which sets forth the details of their arrangement, and among other things, clearly states that the donor does not have any parental rights or responsibilities. It is also recommended that the donor have separate legal counsel.

What is a Second Parent Adoption and is this necessary?

Second Parent Adoption, which also referred to as Confirmatory Adoption, is when the non-genetic parent adopts the child conceived via assisted reproduction in order to create a legal parent-child relationship. This is a very important legal tool for couples who use donor sperm (or eggs or embryos). The law throughout the United States has long held that a child born to a married couple is the legal child of the couple. This is called the “marriage presumption” which has not kept up with science or society, as it assumes a male-female couple, and frankly, sex, although that is not required. The risk for couples using donor sperm (or eggs or embryos) is that the presumption can be challenged. A Second Parent Adoption allows the couple to obtain a judicial determination that must be recognized in all 50 states and territories. It also allows the child to inherit from both parents and other relatives. Finally, if the couple separates or divorces the genetic parent has no legal advantage.

Is Second-Parent Adoption available in all states?

Unfortunately, it is not. The laws vary from state to state, so it is important to talk to an attorney who practices in this area of law. In some states, the couple also must be married. Some judges were granting second-parent adoptions for unmarried same-sex couples but then stopped after same-sex marriage became law throughout the United States. The judges were relying on the marriage presumption! Attorneys are working hard to show judges why this is short-sighted, and some have returned to granting the petitions. We are also working to change the laws. For example, New Hampshire currently has legislation pending which would allow parents to do either a second-parent/confirmatory adoption or obtain a declaration of parentage – or even both – regardless of gender or marital status!

What type of paperwork might be required for someone to legally adopt a child born from a sperm donor?

The paperwork needed also will vary by state, and sometimes even within a state between counties or courts. Some courts utilize forms and have helpful “how-to” documents on their websites. Others require traditional pleadings and really require an attorney’s assistance. Even in the DIY states, it is often well worth having an attorney to make sure everything is done right and that the result is a reliable one. Knowing your parental status is secure is invaluable.

Can it be more complicated legally if using both sperm and egg donors?

It can be, but not always. The person giving birth is considered the birth mother and legal mother. If that person also intends to parent, how the child was conceived may not be questioned. Regardless, any time conception will involve donor gametes or donor embryos it is best practice to consult with an attorney, prior to getting pregnant, to determine the necessary legal steps the intended parents should take to establish or confirm their parental rights.

For same-sex couples considering IVF technology allowing one partner’s eggs to be used to create embryos that are transferred into the other partner’s uterus (“Reciprocal IVF”), are there additional legal ramifications that should be considered with this medical option?

I recommend to these couples that they carefully review the documents provided by their clinic to ensure that they are both identified as intended parents. They should not assume the clinic has modernized their forms. The partner whose eggs are used should not be considered a donor. Similarly, the partner who is carrying the pregnancy should not be considered a surrogate or gestational carrier. They should also still take the additional steps of establishing or confirming their legal parentage through whatever means available to them in their state of residence.

What can be expected when trying to get parent names on birth certificates when using donated sperm and eggs?

In most states, there will not be any questions asked and the birth parent and spouse will both be listed (or just birth parent if single). In some states, an unmarried partner can execute an affidavit establishing paternity or parentage and that form will allow the partner to be listed on the birth certificate. However, in most states, the couple will need to take additional steps as previously discussed to obtain a judicial decree.

You are on the Executive Committee of Resolve New England (RNE), in which Seattle Sperm Bank is also a proud member. What do you love most about the work that RNE does to support and advocate for those with complex family-building journeys and infertility?

RNE does so much good throughout New England for individuals and couples on this crazy journey that it is difficult to pick just one thing! We became members when we were patients and found peer support and education invaluable. As a professional, I now also realize how critical the advocacy work they do is as well. I guess my answer is I love everything they do!

For people outside of the New England area, what are your suggestions for finding a reputable lawyer who understands the ever-changing legal landscape of fertility?

First, they can ask their doctor or clinic. Second, there are several not-for-profit organizations that I recommend, including Parents Via Egg Donation (which despite the name is pretty well versed in donor sperm and donor embryo too!), RESOLVE: The National Infertility Organization, and Academy of Adoption and Assisted Reproductive Attorneys. With any directory, it is important to remember that professionals likely are paying to be listed, so it is still important to do additional research (internet search, state bar association, etc.). 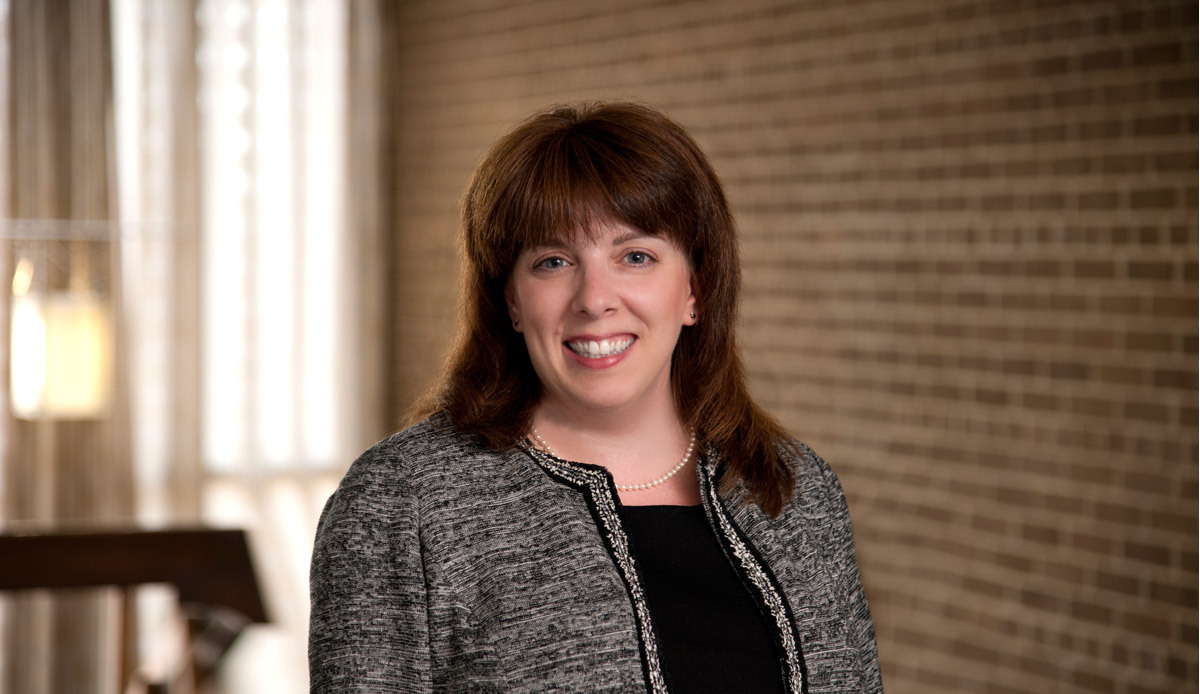 Chrissy Hanisco is an attorney at The Stein Law Firm, PLLC in Concord, New Hampshire, and is licensed to practice law in New Hampshire and Massachusetts. Her practice focuses on third party assisted reproductive law and adoption. After personally battling infertility she decided to use her legal skills to help others build their families. She proudly serves on Resolve New England’s Board of Directors and on its Executive Committee and Technology Committee. She also is a frequent presenter at its Annual Conference and other educational events. She is also a member of SEEDS: Society for Ethics in Egg Donation and Surrogacy and serves on its Grievance Committee. In addition, she is an active member of the American Bar Association’s Assisted Reproductive Technologies Committee, and Parents Via Egg Donation. Locally, she is a Governor at Large for the New Hampshire Bar Association Board of Governors and is Vice-President of Capital Region Mothers of Multiples. She lives in Concord, New Hampshire with her family.