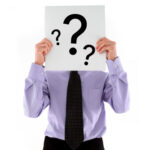 A recent NY Times article entitled “The Gift of Sperm Donor 8282” tells the story of three single women who, after acquiring sperm from an anonymous donor identified only as Donor 8282, each end up finding mates and getting pregnant – without ever having to use Donor 8282’s sperm. These women will never have to face the issue of what to tell their offspring about the fact of donation. But for many women and couples who do need to rely on donated sperm to get pregnant, the decision about whether, when and what to tell their child can be difficult.

As recently as 2005, a study in the UK revealed that 61% of parents who had conceived through the use of donor insemination did not intend to tell their children of their origins. Nevertheless, most experts in this field, including the Ethics Committee of the American Society of Reproductive Medicine, support disclosure about the fact of donation to children.

There are two reasons that are most often cited in support of disclosure to offspring. The first is the importance of open and honest communication between parents and children. Secrets can strain family relationships and cause harm if the child accidentally finds out about the fact of donation later in life. Closely tied to the issue of open communication is the recommendation that children be told as early in life as possible. Telling children early about the fact of donation avoids the betrayal children may feel if they find out when they are older.

The second commonly cited reason in support of disclosure is the child’s right to know their biological origins. Another study – this one conducted in the Netherlands — concluded that “motives for choosing an identifiable donor were the same for heterosexual and lesbian couples” and the majority identified “the right of the child to know its genetic origins.” In an article entitled “Where did I come from? Answering kids’ questions about donor eggs or sperm” published by the NYU Child Study Center, an expert in child psychiatry states “every child has the right to know his/her genetic background, particularly since there have been many medical advances in identifying and curing genetically transmitted diseases.” Knowing one’s genetic heritage is important to the ability to make informed health care decisions.

For those who are opposed to disclosing the fact of sperm donation to offspring, concerns likewise focus on the well being of the child and the family. Reasons for non-disclosure cited by parents include:

The question of whether or not to disclose the fact of sperm donation to a child is a personal question that must be addressed by each parent. However, for those parents who do elect disclosure in the future, the current trend in sperm donation away from anonymous donors and towards more “open-identity” or “ID release” donors will make it easier for prospective children to contact their donors at the appropriate time. In addition to sperm banks like Seattle Sperm Bank that specialize in Open-ID donors, several countries, especially in Europe and Australia, have laws facilitating disclosure of donor identities.