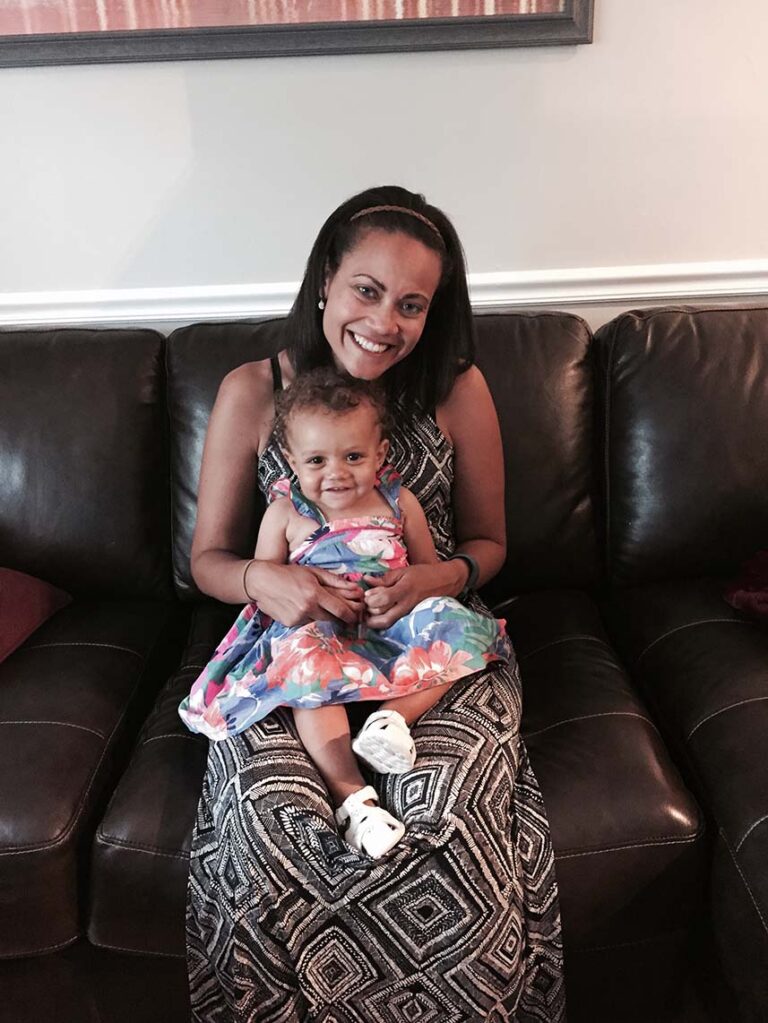 Single Mom by Choice, or sometimes called SMC or SMBC, is a growing group of people who have decided to go into parenthood without a partner. We have the honor of bringing you a special blog post from Hera, the co-host of The Mocha SMC podcast.

Hera is a proud Black single mom by choice to two beautiful and sassy little girls ages two and seven. In addition to being a leader in the technical industry, she is an author, public speaker, civil rights activist, and co-owner and co-host of Mocha SMC LLC. She loves fitness, reading, travelling, and is known to stress bake. Hera has shared the following beautiful story about becoming a SMC with us, and we thank her for her honesty and vulnerability.

I made the decision to be a SMC about four months after my son Prince was murdered. At the time, many people in my circle questioned my decision. They worried that it was the grief talking or that I hadn’t given this path enough thought. What my friends and family didn’t understand is that I’d been quietly considering this path the entire time I was in family court trying to save my son from the father who would eventually kill him.

Before I learned that my son’s father was dangerous, I was terrified of being a single mother. I knew how our society looked at single Black mothers and I’d internalized all the negative images associated. But after surviving an abusive relationship and the death of my son, choosing a sperm donor and pursuing single motherhood wasn’t a hard decision for me to make. It was my opportunity to be a mother without the fear of ever having a judge tell me that I wasn’t allowed to protect my child.

As I went on my journey to pursue motherhood on my own terms, I remember feeling as though I was on the fringe of society — like I didn’t fit anywhere. I couldn’t go back to being childless because I was already someone’s mom. And losing my son made me realize that I wanted to be a mother more than I wanted the romantic relationship. I also didn’t want my desire to have children to dangerously rush a relationship.

Controlling My Own Fertility and Future

My fertility doctor, who clearly didn’t understand my perspective, told me that he typically worked with couples. After an awkward silence between us, when I didn’t respond to his explanation of his “typical” client, he suggested that I wait for “Mr. Right” before having more children. Luckily, this doctor didn’t deter me from taking my future and my fertility into my own hands. “I didn’t come here for relationship advice,” I said, throwing him a side eye as I looked over the brochure explaining IUI vs. IVF.

Once I was pregnant with my oldest daughter, I was overjoyed to learn that there were large communities of women who’d made the same decision I had — to have a baby without the relationship drama. But when I started joining these groups virtually, and attending in-person meet ups, I felt as though I was back on the fringes. I didn’t see many other Black women, and those who were in the space were often silenced through the micro-aggressive behavior of the majority.

Over the course of a couple years, a couple Black SMCs started to band together. We decided that it was high time that we formed our own social media space (Mocha SMC). It would be a safe, unapologetically Black space where we could discuss the issues at the intersections of being a Black SMC without the fear of being silenced. In the last two and a half years, this space has become a place where I feel as though I’ve finally found my people.

It has given me so much over the years that I hadn’t even realized I’d been missing. We are more than a social media space — we are a sisterhood sharing tips, crying on each other’s shoulders, and laughing hysterically at all the things related to being a Black SMC. We are a movement of women determined to hijack the negative discourse that surrounds us.

A couple of months ago, my co-admin Aisha and I decided to take our vision to the next level. We created a virtual platform (with an associated podcast, website, and blog) where we aim to provide Black women with resources to empower them while they are on the journey to single motherhood by choice. We also want to fundamentally change the narrative that surrounds single Black motherhood. We are educated, successful, intelligent Black women whose children are growing up in Black-affirming households, surrounded by a loving community.

The option to be an SMC should be approachable to all women, regardless of their race. While I know that this path isn’t for everyone, I believe making it a visible and mainstream option will empower women to choose healthier relationships with the knowledge that doing this alone is possible.

Thank you, Hera, for sharing your personal story about becoming a SMC. You can find more about Hera and Mocha SMC on their website, Facebook page, and on Twitter.

Memorial Day Hours
Our client services team will be available between 9am to 3pm PST on Memorial Day, Monday 05/30.

Ok!
X
Shopping cart
There are no products in the cart!
Continue shopping
0