Charles Muller, PhD HCLD is Laboratory Director of Male Fertility Lab at the University of Washington and a key member of the Advisory Board for Seattle Sperm Bank. His research is in fertilization, male reproduction, and prostatitis.

Customers focus on the attributes of the donor they select, but the quality of the donor’s sperm cells are equally, if not more, important. Every man may have different quality sperm, due to natural variation. At Seattle Sperm Bank, we do everything we can to be certain that our processes deliver the highest quality sperm cells at the time of use.

Sperm cells are fragile, susceptible to prolonged exposure to air, to chemicals in air and solutions, and to chemicals leached from containers. That’s why we only use solutions (‘media’) and containers that have been tested for their ability to support fertilization and sperm survival. It is why we control the environment during sample processing, run procedure quality checks, and ask for feedback on the outcomes of use of the sperm.

The greatest challenge for donor sperm is the process of freezing and thawing the sperm cells. Water in the cells will form ice crystals that would kill the cells if freezing and thawing is not done correctly. Luckily, sperm have relatively little water compared to most cells and this allows fairly simple techniques to be used to cryopreserve (freeze) them. Glycerine is one of the components, along with special buffers that help prevent ice crystal formation and cell damage. The cryopreservation method requires that a prescribed routine be strictly followed to achieve the best results. Even so, many of the sperm cells do not survive the process. Some of this loss occurs at thawing, so it is essential that the clinic or lab thawing our samples exactly follows the technique detailed in our instructions. 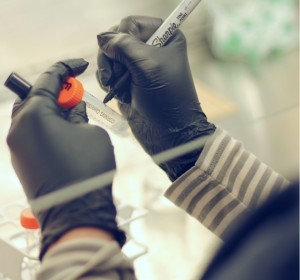 Sperm cells that are processed for Intra-Uterine Insemination (IUI) prior to freezing undergo additional challenges but the result is a convenient product that has only highly purified, highest quality sperm cells. Sperm cells must be separated out of semen, since semen contains undesirable natural compounds (such as prostaglandins that would cause very painful uterine cramps), poor quality sperm cells, and contaminants (such as white blood cells, bacteria and broken-down cells). These compounds and contaminants would naturally be eliminated when sperm swim through the cervical mucus into the uterus. Thus, an unpurified sperm sample is suitable for vaginal or cervical insemination (“ICI”), but not for IUI. However, some cryobanks simply centrifuge the semen to collect most of the sperm for freezing and offer these preparations as “IUI Ready”. Those preparations include the poor quality sperm and contaminating cells. A microscopic examination of the thawed specimen can reveal this. 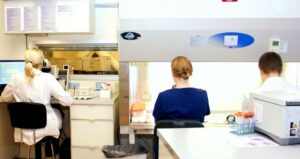 At Seattle Sperm Bank, we use a “density gradient”-type of preparation (sometimes called a “sperm wash” but this is a misleading term since it also can be applied to the simple centrifugation method). The density gradient separates sperm cells from seminal plasma, as does a simple centrifugation, but it also separates the high quality sperm cells from the contaminating cells and poorly motile sperm cells. The purified high quality, highly motile sperm are known to be the most fertile sperm. They represent a small fraction of the original total number of sperm cells. During freezing and thawing, some of these sperm also will not survive but the ones remaining will be survivors of the best possible selected population. Since these cells are already selected and purified, they are ready for insemination immediately upon thawing. In fact, they may be more sensitive at this point to mishandling than “ICI” sperm samples. It is critical that thawing be performed exactly according to our directions, and that insemination occur as quickly as possible (within about an hour or less) after thawing.