Getting a Vasectomy? Consider Storing Your Sperm First 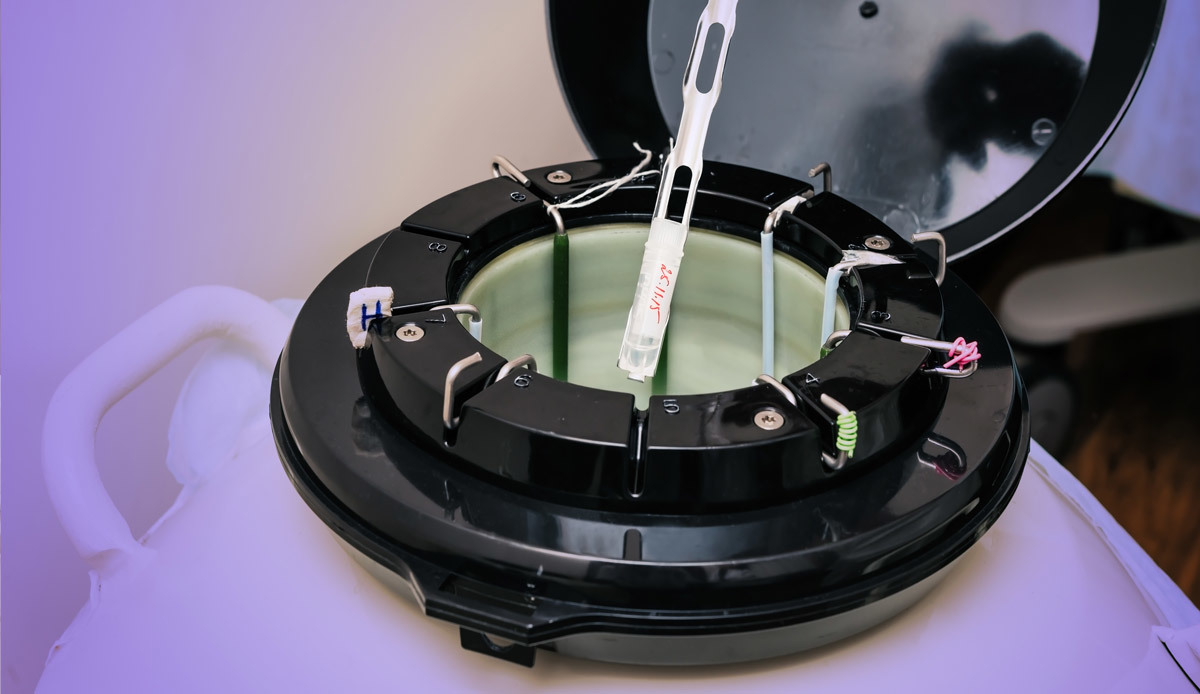 A vasectomy is the most reliable form of contraception a man can get. It’s also a common procedure with about half a million men going through it every year in the U.S. Because it’s so effective, you want to be certain you, or more importantly your spouse or partner, don’t want to have kids (or any more kids) in the future before committing to it.

However, it is possible to have it both ways. By storing your sperm for later use, you can get a vasectomy and still keep the option of having children later. Here are some compelling reasons to consider storing sperm before you get snipped.

A vasectomy is just one of many reasons why men choose to freeze and store sperm at a cryobank. Others include wanting to postpone starting a family, an upcoming military deployment, or to hedge against the effects of a medical treatment that may decrease your fertility such as radiation, chemotherapy, or prostate surgery.

How Donor Sperm is Frozen

Should you decide to store semen for future personal use, here’s how the freezing process works. Once your sperm quality is confirmed, samples are separated into small batches and put into vials to be frozen. These vials are frozen using liquid nitrogen vapor until they reach about -175 degrees Celsius. After that, vials are moved into liquid nitrogen tanks for long-term storage at -196 degrees Celsius. At these extreme temperatures, metabolic activity stops, and your sperm goes into suspended animation, preventing it from degrading or aging. The sperm is also immune to attacks from microbes or bacteria at this point. Theoretically, sperm samples can be kept frozen indefinitely in this state.

It’s important to know that frozen sperm poses no additional risks to women trying to conceive when compared to fresh sperm, which is why storing semen is so effective. Plus, because of the rigorous genetic and infectious disease testing that a licensed sperm bank performs before you store sperm, many health and safety concerns relating to conception are decreased.

Read more about the process of storing sperm for future use, including the costs, or contact a client services coordinator at 206-588-1484 or info@seattlespermbank.com with any questions.