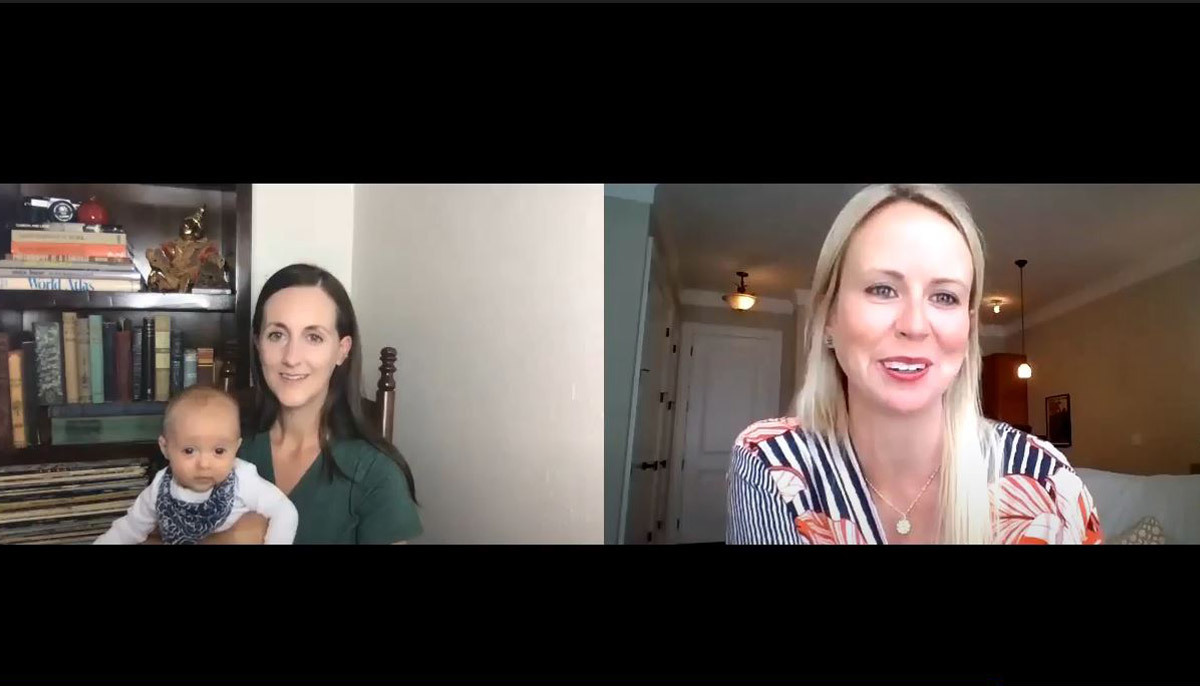 Laura Runnels knew her journey to parenthood wouldn’t be easy, but this self-proclaimed “planner” could never have prepared for giving birth days before the explosion of Covid-19 in the US.

As a Public Health Consultant, raised in Mississippi, and now residing in Pittsburgh, Laura always knew she wanted to be a Mom. And after several moves around the country for her career and the end of a long-term relationship, Laura was approaching her late thirties and knew time was not on her hands.

Making the choice to use Seattle Sperm Bank

After attempting pregnancy using a Known Donor and good college friend which resulted in two chemical pregnancies and a second-trimester miscarriage, Laura decided to make the switch to using a sperm bank.

“I was so resistant to sperm banks at first” Laura shared. “Honestly, the Known Donor could have worked beautifully if the person I wanted to be my donor and I had physically been in the same place at the same time” and adds, “it was just a lot of logistics.”

She went on to say that she “wanted more control of things” and shared the complexity of timing with fertility was just too much and ultimately led to her decision to work with a sperm bank.

Laura felt at home when she found Seattle Sperm Bank and pointed out SSB’s boutique approach as to why she felt like it was the best fit for her.

“It just had this really friendly, comfortable, more approachable, and accessible feel that made me feel like I would get a more individualized experience than some of the other banks that are bigger and sort of part of the baby machine environment.”

With financial considerations on her mind and having had a baseline fertility workup that showed no known issues, Laura decided to attempt more rounds of at home-insemination before moving on to a clinical setting.

“It was really an economic thing. I wanted to try with as little intervention as possible and at the lowest cost possible until I felt like I needed more intervention.”

With only two vials left, Laura was approaching the end of her at home-insemination journey. She had a timeline and was prepared to move on. With one vial sitting in a cryotank inside her Pittsburg home and quickly approaching ovulation, Laura found herself in the middle of a chaotic weekend and in a crunch to meet her insemination window. She had to go with it!

“I will never forget the weekend my child was conceived. My sister was visiting with her 8-month-old and developed severe mastitis. She extended her stay to heal, but I’d already committed to babysitting a friend’s kids for the weekend. I packed up my sister and the baby and headed across town for the weekend. All the while, I had a frozen vial sitting in my bedroom at home waiting for a positive ovulation strip. It finally came (four days later than usual!), and I managed to find 30 minutes to inseminate at home while tending to the needs of a very sick adult, a baby, and two young kids.”

This time it worked! She was pregnant and one-step closer to her dream of being a Mom. Pursuing her pregnancy and birth in the most natural way possible, Laura decided to work with a local birthing center, the largest free-standing one in the nation. After completing all her pre-natal care and forming a trusted relationship with their staff, she was set to give birth on-site with the assistance of a midwife. She also hired doulas and shared

“it was the only way I could think of to ensure I had people with me at the birth.”

After a few days of intermittent contractions, Laura arrived at the center and settled in for the birth. Upon examination, it was determined that the baby was breech and she needed to transfer over to a nearby women’s hospital. And by transferred, this meant Laura driving herself over with bags in tow.

“Three and a half hours after I arrived at the hospital, Leona was born via c-section. We were able to translate my desire to have a birth center/midwife experience to the operating room by doing skin-to-skin minutes after she was born. She even went for my breast while I was still on the operating table!”

The dream (and planning!) of motherhood had finally arrived on March 3, 2020. Unable to imagine the full effects that Covid-19 would have on her fourth-trimester experience. Months of stay-at-home orders. A full plate with work. The inability to travel with her newborn to see family and friends. The feelings of isolation and being a sole caregiver in the midst of a pandemic. Laura shared that one of the most unexpected sources of support has come from the community of other half-sibling families she has found.

“This has been by far the best, the most unexpected part of all of this has been my donor family. Everyone is just so supportive and interested in each other’s kids and I feel really connected to them in ways I hadn’t anticipated.” She adds, “I can’t wait to one day have the kids meet each other in person and see how they look-alike, how they act alike, and to see the form relationships moving forward.”

We went on to talk about how the community of other Single Mothers by Choice (SMBC) impacted her journey. SMBC was not a term she had heard of at first, but quickly found a network of other women with the same shared experiences and leveraged those connections by meeting for coffee dates and exchanging emails and phone calls to learn more about their stories.

“Every single mom goes about it in a different way. Some do home inseminations, some do known donors, unknown donors. Some people do IVF, some people do medicated, unmedicated. Some people adopt. There are so many different ways to become a mother, and it really helped me feel confident that I was trying to design a path that worked for me and my family. There was no one cookie-cutter way to do it.”

“Connecting with other Single Mom’s by Choice, or even just talking to other people who have pursued parenthood in non-traditional ways has been (great), there’s just a huge community out there that I don’t think everyone’s aware of. So many people use reproductive assistance to get pregnant and have used eggs, or embryos or sperm, and its been lovely to connect with people who maybe haven’t traveled the same path I have but get that get it!”

Laura hopes that women are inspired by her story and sends advice to others by saying….

“Definitely find an objective, third-party person. A counselor, a social worker, a phycologist, a psychiatrist, or a really good friend that is willing to ask you those hard questions.”

“It’s a tremendous amount of mental work. It is sort of like training for a marathon. You want a training partner; you want a coach. You want someone who can ask you these questions and think through things and be your sounding board so that you are on taken aback or surprised by some of the doubts and concerns that come up.”

Her other piece of advice,

“Contingency planning! Being prepared for things to go upside down. That’s motherhood, I think. That’s parenthood.”

Watch the full interview with Laura and Baby Leona: